How to choose a wrist brace 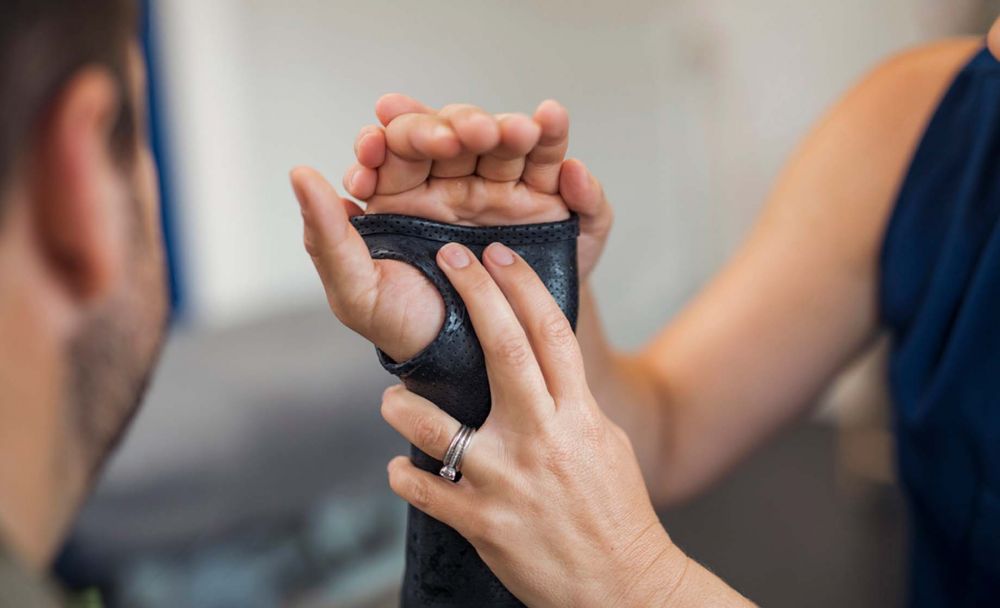 What is a wrist brace?

A wrist brace is a supportive device used to immobilise or support an injured or recovering wrist. According to Safe Work Australia 25.5% of work-related injuries involve a sprain and or strain to the wrist and or fingers.

Wrist injuries can occur as a result over-use, direct trauma and or sports. A wrist brace can be used to support the wrist to avoid uncomfortable movements and protect healing structures such ligaments and bones. Wrist braces can also be used within the work and sporting environment to reduce the risk of re-injury and aggravation.

Our wrist is a complex joint made up of 8 carpal bones that connects our hand to our forearm. The wrist has a multitude of ligaments and moves in 6 different directions. If you think of a simple task like having a drink your wrist moves backwards a little to grasp the cup, this is called wrist extension, picking up the cup and bringing it to your mouth often involves two to three wrist movements of flexion and pronation. So, you could imagine how many times you move your wrist across the day to complete not only just your work-related tasks but everything else within the day. Which means, injuries and pain due to overuse are very common.

Purpose of a wrist brace

A wrist brace can be used for a variety of purposes depending on the need. One of it’s most popular uses is for carpal tunnel to reduce the forward movement of our wrist (wrist flexion) to avoid squashing our median nerve.  A wrist brace for carpal tunnel syndrome if often worn at night to aid in opening the tunnel in which the nerve gets trapped.

A wrist brace can also be used to immobilise the wrist following a strain or sprain of one of the many wrist ligaments. A wrist brace in this instance is used to promote healing of injured ligaments, minimize pain and swelling. Some of these wrist braces can allow movement and some can completely immobilise which is important to choose the wrist brace appropriate for you and your injury.

A wrap type wrist brace is a smaller low profile wrist brace that is wrapped directly around your wrist. These smaller wrist supports are one of the simple to use braces which aim to support your wrist and still allow full movement with daily use and sports.

These light control wrists support’s are best used for a new niggle that you have just noticed at the gym or used later down the track when you are returning to gym or work following an older wrist injury.

A medium control wrist brace is a larger wrist support typically made from a neoprene / wet suit material. These braces cover a larger surface area and allow for more compression and warmth with wear. These soft wrist braces allow for some wrist movement with the hugging support of the neoprene.

These medium control wrist braces are best for achy wrist joints that require a little bit more of hug and support but still allow a small amount of movement. These braces are comfortable which means they are easy to sleep in and gentle on sensitive skin.

We also have firm control wrist braces, which completely immobilise the wrist to support healing structures such a fractures and ligament injuries. We can fabricate you a custom thermoplastic wrist orthosis or provide a rigid off the shelf wrist brace. These protective braces promote healing, reduce swelling and pain. These types of wrist braces are best used directly following an injury within the acute phase of healing.

If you are still not sure what wrist brace is most appropriate for you feel free to book in a discovery call to discuss with one of our friendly clinicals and we can point you in the right direction.